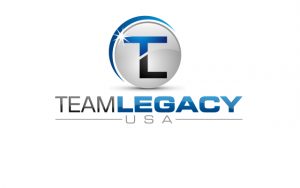 “Lake Cachuma. There are two beautiful and scenic courses on one property. It’s loaded with par 4’s and a variety of different holes, wooded, wide open, etc.”

“I’m Jeff Frost, I joined the PDGA late in life at 46! I fell in love with the game after camping at Lake Casitas during the Coyote Classic. From that point on I’ve been addicted to disc golf. I started playing tournaments immediately after joining the PDGA. My first tournament was the Evergreen Open B tier, Santa Barbara Ca. I played MP40. I took 2nd and had an ACE! One of the rounds was a 1,000+ rated. I had played about 10 years casually before that. I only played one course (Lake Casitas) for the first 10yrs. My progression, with a lot of practice, moved me along quickly! Although I had some success, I was humbled quickly as I played bigger tournaments. That was the best thing that could have happened to me! I’ve been very fortunate to pick up a sponsorship this late in life!”

“In my bag I carry 100% Legacy. My favorite disc is the 175 Pinnacle Pursuit mid range, it’s the most consistent disc I’ve ever thrown!”